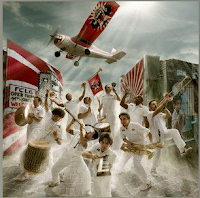 Early 2021 I was determined that I would produce one podcast a month for a year... A year later and here comes episode 2, titled "16 Tons".  16 Tons starts in the year 2000 in Sao Paolo, Brazil, with a band called Funk Como Le Gusta performing a cover of a hit Brazilian samba called 16 Toneladas, and travels back in time through the unlikely evolution of a song about Kentucky coal miners that became one of the greatest selling singles of all time .  At the time of publishing episode 2 I have already started on episode 3, and, God willing, it will not take a year to finish. The working title of episode 3 is "Songs that TikTok Taught Me".
Post a Comment
Read more 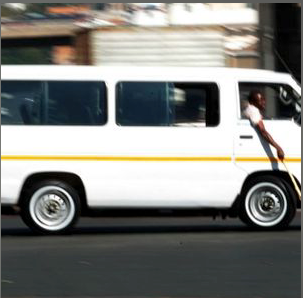 Back in 2005 I was a producer on the Cape Africa Platform, a large-scale art event in Cape Town. I curated a festival of concerts across the breadth of the city, with a shuttle system connecting these events so that festival goers could move seamlessly between shows, and experience Cape Town in a totally new way.  The event never happened as the funding from the Lotto never arrived.  The event was scaled back dramatically to a beautiful once-off concert.  To commemorate the event that never happened, I created an audio movie that gave a sense of the journey we had envisaged. It was called Taxi Alibama, and it was a ride through Cape Town in a mini-bus, connecting different musics and artists and voices in the city. I rode taxis all over the city, and recorded ambient sound to be used as the context that connected the music. The tracks featured were all recorded by me in my work as a music producer. It is a collection of some of my favourite music ever. Enjoy the ride!
Post a Comment
Read more

I studied film-making in 1994 at the Cape Town Film and TV School. I had a great time, and loved the film learning, but the school wasn't the right place for me.  In 1995 I started at UCT majoring in English and Drama, joined UCT Radio, did film courses and continued making films. My first project was with Akin Omotoso, assisting with his first film project together with Kurt Isaacs. Over the years I continued to make my own short films and radio programmes.  On this page visitors will find highlights from a wide selection of the inserts I've produced over the years. My skills include camera, sound, editing, directing, producing.   For the full portfolio please visit: https://www.youtube.com/user/mycapetown021/videos https://www.youtube.com/c/Coffeebeansroutes/videos https://youtube.com/playlist?list=PLERmPgay_a4T2c22kNW0tCinlIo3N8AX4
Post a Comment
Read more 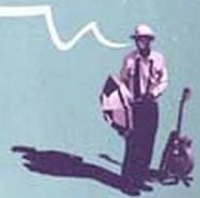 About a 100 years ago, as a university student, I was fortunate to be one of the first DJs to broadcast legally when UCT radio got its broadcast licence. This was in 1995.  ICASA, the regulatory authority, had just opened up the airwaves, and our little campus station, which had been a pirate station, became legit. I had a late night show, and got to do pretty much what I wanted. Like play 30 seconds of dead air as the 1995 remix of Simon and Garfunkel's Sound of Silence. Ha ha ha.  I had planned to become a commercial radio DJ, stars in my eyes, wads of cash on the horizon. But I quickly realised that the future of radio would be playlists without droning egotistical DJs like myself, and listeners being able to listen to whatever they wanted whenever they wanted without the big record labels and the DJs telling them what to listen to. I got bored. I tried my hand at talk radio but wasn't mature enough, or secure enough in my own understanding of the world to make
Post a Comment
Read more 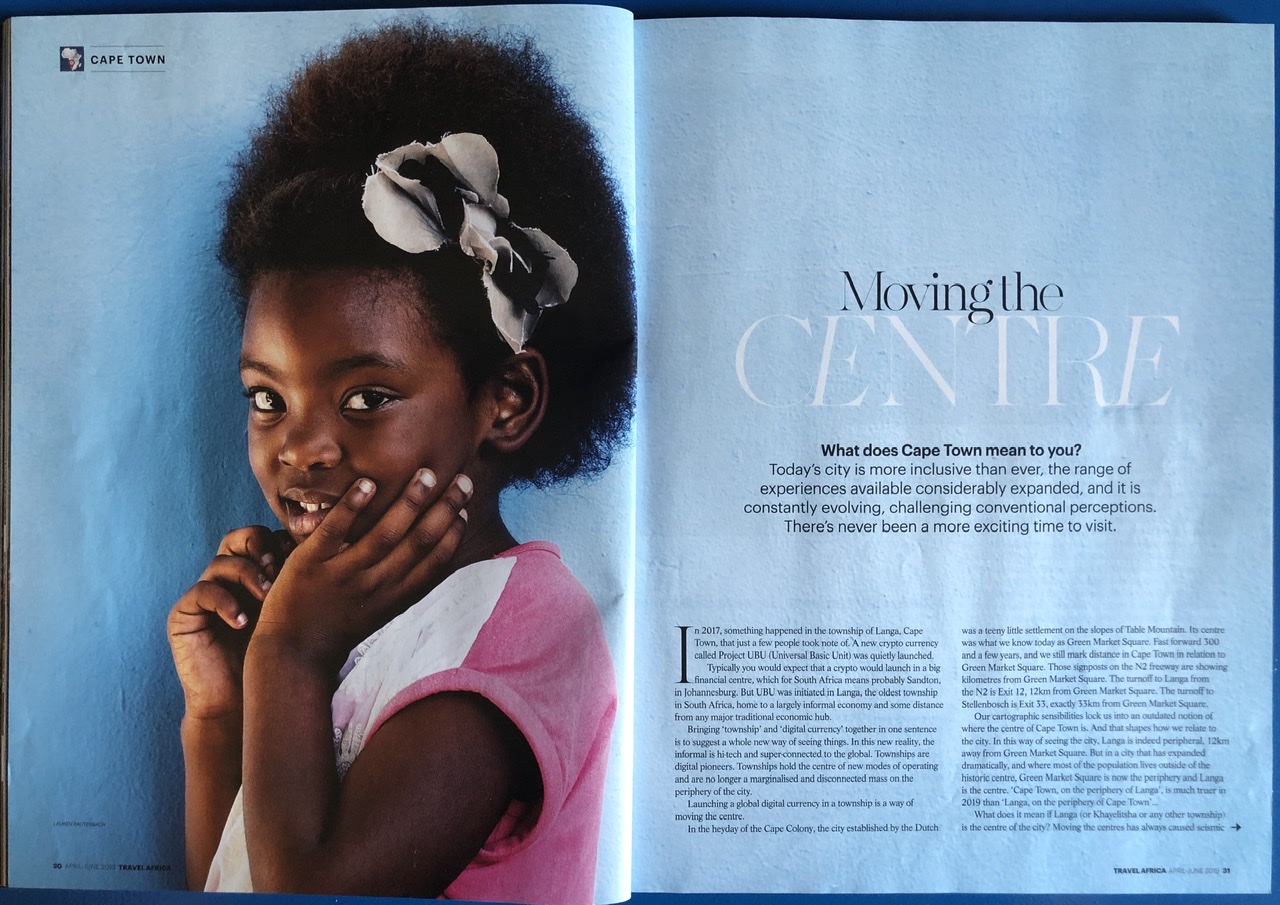 Written by me for Travel Africa Magazine, published June 2019. The official link for the piece is dead, and so I’m posting images of each page. Readers may have to zoom in a little to read properly. Apologies for that. In brief, the piece seeks to show how Cape Town (pre COVID-19!) had been moving the centre: that is, mainstreaming the so-called periphery.
Post a Comment
Read more 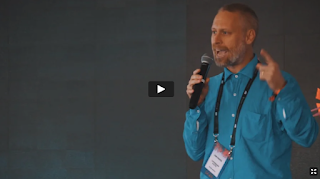 INTERGALACTIC CULTURAL TRAVEL As far as I can see, this is the first entry onto the internet that looks at cultural travel from an intergalactic point of view. The premise was: we can hardly engage with each other on earth as a single species, how are we going to manage meeting other species on different planets? What tools can we draw on in assisting us to deal with intergalactic cultural exchange? I was drawing on what Coffeebeans Routes has been doing since 2005 with cultural and creative travel, to provide a sense of how deep into the future we might be gracious intergalactic travelers with a deep respect for intergalactic cultural diversity. With space travel taking off, we need to be ready not for space travel 1.0 or 2.0 but space travel 10.0... and that means we have to already be beyond just the sites, but immersed in culture. How do we begin to understand how to interact with species that don't look like us, and don't confirm to the rules of our physical and i
Post a Comment
Read more

May 30, 2016
CLICK HERE TO READ THE VISION2020 In late 2015, I was commissioned by Open Africa , a rural tourism route development organisation, to develop a tourism route in the Dwars River Valley. The Dwars River Valley is that stretch of winelands on the Helshoogte road between Stellenbosch and Franschoek, centred by the towns of Pniel, Kylemore and Lanquedoch. It must be one of the most magnificent valleys on earth. Open Africa had started a route 10 years earlier in the valley, but for various reasons the route had fizzled out. So this time around was an attempt to give it another go with 10 years of new learning to draw on, and financing from the European Union over a 3 year period. The work started in late August 2015, and at the time of writing this page, we been on the project for 10 months now. In May 2016, we - myself as route mentor, together with the 9 founding members, all businesses in the valley - started to solidify a vision for the valley, drawing on months of conversati
Post a Comment
Read more
More posts